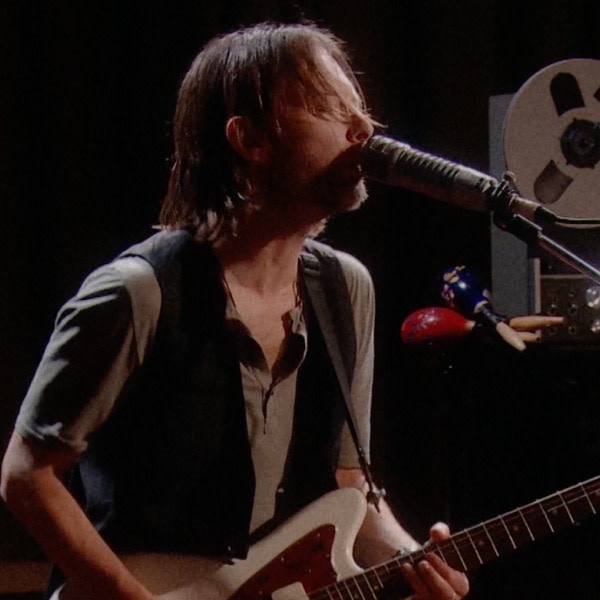 Radiohead - From the Basement

Complemented by a brass section and percussionist, Radiohead reinterprets its then-newly released “The King of Limbs” album in an intense, revealing performance filmed in 2011 for Nigel Godrich’s “From the Basement” series.

Let’s face it: For many bands the standard for concert performance is to essentially replicate the album they’ve just made. Not so for Radiohead. Indeed, not only has the quintet tasked itself lately with reinventing its studio creations for the stage, it has frequently made a compelling case to reassess the original work. Albums that were initially deemed “insular,” “claustrophobic,” “chilly” or “brittle” at first listen took on new colors in concert.

Who says nice guys always finish last? In 1998-2004, the British charts shifted from the swaggering Britpop of the Oasis era and the stomping rave soundtrack shaped by Prodigy and the Chemical Brothers to a more finessed brand of guitar rock, anthemic yet somehow fragile.

Though hardly an ideal medium for presenting live music, television nonetheless once presented the most expedient means for bands to present a fuller picture of what they could do for a large audience.

Godrich on New Radiohead Side Project: ‘It’s not a rock record’

Watch Exclusive Music Films and Concerts
Stream a curated selection of hundreds of the most powerful concerts, documentaries and episodic series in music on The Coda Collection channel, available exclusively on Prime Video Channels.
Learn how the stories come to life
Dive deeper into the stories between the songs with long-form features, cultural criticism, involving playlists and timelines, interviews and more from our world-class editorial team. Available for free on our website.
We use cookies and similar technologies to personalize your experiences. Read our cookie policy.