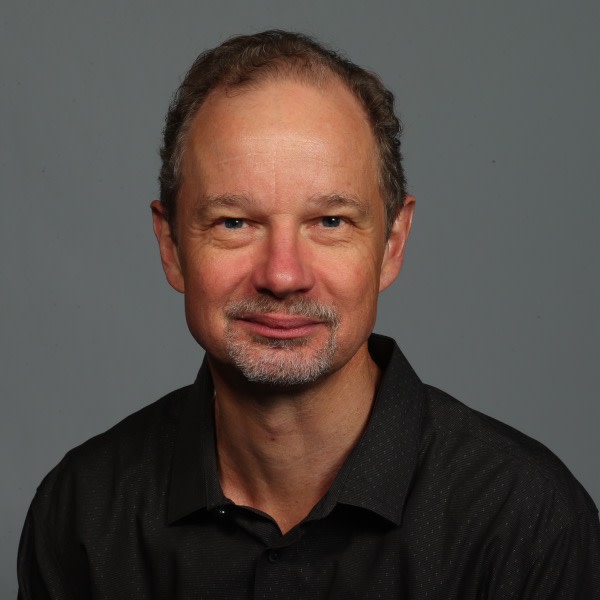 Four disparate personalities reimagine rock in The Who

Goth-rock pioneers the Cure endure on their own terms

Bob Dylan transforms at Newport in 1965

The Stooges reunite decades after their pioneering start

AC/DC’s Malcolm Young stood barely 5 feet 2 inches tall and weighed little more than 100 pounds, but he was a giant figure in rock ‘n’ roll and the driving force of AC/DC. He not only founded the band and recruited his brother Angus Young and vocalist Bon Scott to become its focal points, he cowrote the songs and provided its vision. In the recording studio and on stage, he preferred a background role that was crucial to the sound: He anchored the fire-breathing arrangements as one of the best rhythm guitarists in rock history.

Pearl Jam’s 1991 debut, “Ten,” really isn’t a concept album or a rock opera in the mold of singer Eddie Vedder’s rite-of-passage record, The Who’s “Quadrophenia.” But it’s got a theme all the same in that many of the songs are about outcasts who have had decisions made for them, who have been given little or no voice in their destiny. The final song, “Release,” amounts to a slow-burn prayer for deliverance.

Metallica at 40: A Story of Innovation, Reinvention and Resilience

Back when homemade cassette tapes of new bands were traded like highly coveted contraband, a friend of a friend handed me a copy of a copy of “No Life 'Til Leather” by a group calling itself Metallica.

An Even Bigger Wax Trax ‘Accident’

The story of Wax Trax! Records, the independent Chicago label and record store that pioneered industrial music, is now more robust than ever. The original documentary on The Coda Collection, “Industrial Accident,” expands in a new companion film, “Accidents and Outtakes,” with in-depth interviews and anecdotes about the legendary label.

How Wax Trax! Invented a Music Scene and Built a Community

When is a record store not just a record store? For Jim Nash and Dannie Flesher, Wax Trax! was always about something more. First in Denver (1974) and then Chicago (1978), the Wax Trax! store was more like a neon-lit musical club house for a hidden community.

Ministry and Al Jourgensen: What a Riot

Beer bottles thrown from close range splash off a 10-foot-high chain-link fence that cages off what looks like an agitated militia squad. A sea of seething, swirling bodies spits out shadowy figures that desperately try to crawl up and over the fence, only to tumble back into the carnage. Strobes and lasers cut through air thick with smoke, vaporizing sweat and billowing fog. Images of violent death dance on a screen to a soundtrack that suggests an artillery barrage.

A Brief History of the Industrial Revolution

When Throbbing Gristle started a British independent label in 1976 called Industrial Music as a way to distribute its recordings and that of a few like-minded peers, it put its thumbprint on an unclassifiable genre that would conflate electronic music, rock and the avant-garde.

Wax Trax on Wax: Aggression, Humor and Some Hits

A few landmarks in the Wax Trax! catalog.

If there were a hall of fame for pivotal 20th century moments in music, the recently unearthed documentary “The Capitol Session ‘73” should be inducted. The film captures Bob Marley at a career crossroads, a period when he was transitioning into an international star from his decade-long first-among-equals era in the Wailers. In addition, it provides a rare glimpse of three founding fathers of reggae — Marley, Peter Tosh and Joe Higgs (filling in for a fourth Jamaican giant, Bunny Wailer) — sharing the stage for one of the last times as the art form they helped create was starting to break through worldwide. The original Wailers were on the verge of breaking up, but reggae's next, biggest chapter was just beginning.

Godrich on New Radiohead Side Project: ‘An interesting Juxtaposition of Things’

Besides his long-standing relationship with Radiohead, producer Nigel Godrich has been enlisted by other artists to helm albums, including Paul McCartney, Beck, Gnarls Barkley, Charlotte Gainsbourg and Air. In addition, he’s produced and played on Thom Yorke side projects including the solo album “Eraser,” Atoms for Peace (with the Red Hot Chili Peppers’ Flea) and the new group Smile that also includes Jonny Greenwood and British jazz drummer Thomas Skinner.

Why the Punks Loved The Who

Simon Townshend — brother of The Who’s Pete Townshend — is flipping the bird. In the film “The Who: Six Quick Ones,” he’s demonstrating on an acoustic guitar how his sibling voices chords by “taking out the pretty part.” As he works the frets, the middle finger on his left hand pops up. The rude gesture isn’t intentional, but it’s nonetheless an apt means of expressing how The Who’s music must have sounded when it came blasting out of the U.K. in the mid-‘60s. The “pretty parts” often got smashed.

Who’s Who in The Who

Pete Townshend, Roger Daltrey, Keith Moon and John Entwistle each get their props in The Who documentaries “Amazing Journey” and “Six Quick Ones.” All agree that the band’s personalities couldn’t have been more disparate, but somehow they made era-changing music together. The films offer insights into their backgrounds and how they were able to click.

The Who Timeline: Highs, Lows, Fights and Explosions

With a history that spans more than 60 years, The Who has seen and been through it all. Here’s a detailed look at the band’s high and low points, and many of the significant developments and events in between.

The Who's Amazing Journey

A quartet of mismatched personalities somehow coalesced into one of the great rock bands of all time. How did Pete Townshend, Roger Daltrey, John Entwistle and Keith Moon manage to turn chaos into transformative music? “Amazing Journey” and “Six Quick Ones” provide some answers. Curated by Greg Kot

The Rosetta Stone of the Folk Revival

By the time Bob Dylan first arrived at the Newport Folk Festival in 1963, folk songs had been peppering the pop charts for years. The Kingston Trio’s “Tom Dooley,” a 19th Century murder-ballad-turned-into-a-sing-along, went No. 1 in 1958. Peter, Paul & Mary had a Top 10 single with Pete Seeger’s “If I had a Hammer” in ’62. And Trini Lopez took a souped-up version of Seeger’s “If I Had a Hammer” to No. 3 in 1963.

Of all the bands that emerged from the late ‘70s post-punk scene in the United Kingdom and Ireland, the Cure hardly seemed like the one most likely to endure for four decades, let alone be headlining festivals.

It was just another night-gone-haywire on the Rolling Stones’ 1972 tour of North America. On this particular evening, Keith Richards, Mick Jagger and Marshall Chess (the president of Rolling Stones Records) were handcuffed and stuffed into a paddy wagon, driven to a police station in Rhode Island, ordered to remove ties, shoes and belts, and then confined to a jail cell.

Say It Ain’t So, Lemmy

No less an authority than Motorhead’s Lemmy Kilmister once advised a bandmate that there were very few hard, fast rules in rock, but one of them was “don’t wear shorts on stage.”

Meet the ‘Born at the Right Time’ Band

Paul Simon’s 1991-92 “Born at the Right Time” tour, which played Central Park in New York in the summer of ’91, is a landmark event not just for its music, but for its historic amalgamation of international musicians from several continents and dozens of genres.