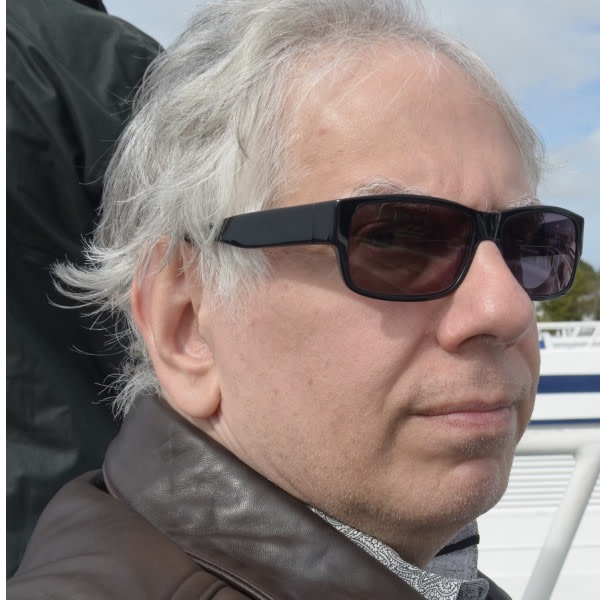 Ira Robbins first encountered rock ‘n’ roll in 1962 and began writing about it in 1972. Trouser Press magazine, which he co-founded in 1974 and published for a decade, is now online at www.trouserpress.com. He has served as pop music editor for New York Newsday, written for dozens of publications, supplied liner notes for 50 albums and edited five Trouser Press record guides. He has authored two novels — “Kick It Till It Breaks” (2009) and “Marc Bolan Killed in Crash” (2020) – and is currently preparing to publish an anthology-cum-memoir titled “Music in a Word.”

‘When they’re yelling at us, that really gets me going’

When the White Stripes played the Bowery Ballroom, one of New York City's better rock venues, on June 16, 2001, I went on assignment from “Blender” magazine to review the show — with the proviso that I include some quotes from the duo. Jack and Meg White were touring in anticipation of the release of their breakthrough third studio album, “White Blood Cells.” So though they were popular enough to pack a good-sized club, they were not yet stars with a million-selling record.

Emerging from the smoke of junkie legend, Johnny Thunders reached the 1990s in surprisingly fine form. Free of past malign associations, the original New York Doll had assembled a solid five-piece backing band, the Oddballs, and returned from his long train-wreck era of sloppy, audience-baiting caricature: “rent” party gigs where he would sing “Can’t Keep My Eyes Off You” as “Can’t Keep My Cock in You” for morbid thrill-seekers wondering if this would be the night his borrowed time ran out.

Ian Hunter turned to autobiography in the early 1970s, writing several rueful story-songs about his band’s travails and publishing a revealing book about the mundane reality of fame (“Diary of a Rock ‘n’ Roll Star''). Though he was then near the top of Britain’s disposably wonderful glam-rock heap, Hunter nonetheless looked into the deep, dark truthful mirror and deemed rock ‘n’ roll “a loser’s game.”

Roaring barre chords, relentless drumming, speedy rhythms, songs that tumble out with barely a pause for breath — all hallmarks of punk rock, right? The Buzzcocks, leaders in the original new wave “class of ‘77” that knocked England’s music scene on its ass, had all that. But the Manchester quartet also put catchy melodies and clever wordplay into songs that pushed emotions far from their peers’ angry rebellion and flip nihilism.