The Songs Remain the Same

Even in death, a charismatic singer’s light can never be snuffed out. That said, God help the person stepping in to fill those boots. That’s exactly what Jeff Gutt has done for Stone Temple Pilots, whose original vocalist, Scott Weiland, defined ‘90s alternative rock with his deep, commanding vocals.

That’s not to say there isn’t precedent: Brian Johnson successfully took over for Bon Scott in AC/DC; Adam Lambert did the same for Queen some years after Freddie Mercury’s passing. And sometimes, even singers who are alive and well find themselves replaced, as in the case of Journey, Van Halen, Black Sabbath, Yes, Styx, Genesis, Foreigner and too many more to name.

The risk factor is high. If the voice that in many ways defines a band’s sound is no longer part of the mix, there’s no guarantee that audiences will remain loyal. Journey, for example, never really recovered from losing Steve Perry. What’s more, Gutt has been charged with replacing not one, but two high-profile STP singers.

After Weiland and the band parted ways in 2013 after a long run of commercial successes, Linkin Park lead singer Chester Bennington took over behind the mic. Weiland died of an accidental drug overdose in 2015, and Bennington left the band to return to Linkin Park. In 2017, Bennington committed suicide. In the wake of these tragic deaths, STP decided to regroup and held auditions for a new leader.

At the time of the 2016 singer audition, the band stated, “No one will ever ‘replace’ Scott, that was never the intent. The intent is for Stone Temple Pilots to continue on, to evolve, and to do what we do…make music!”

Gutt has been up for the challenge, as he’s demonstrated on two studio albums with his new band mates: a self-titled 2018 release and the 2020 full-length, “Perdida.” Here, he and band cofounders Dean DeLeo, Robert DeLeo and Eric Kretz celebrate the two Weiland-era multi-platinum albums that turned the group into an alt-rock mainstay: “Core” (1992) and “Purple” (1994).

All eyes and ears are on Jeff Gutt as he and STP play these classics front-to-back in the studio.

All eyes and ears are on Gutt as he and STP play these classics front-to-back in the studio, both evoking a breakthrough era and prompting comparisons to the original versions of songs that have endured. It’s obvious that Gutt is an STP super fan and capable singer. He hits all of the notes and demonstrates a studied understanding of lead-singer ‘tude, but he’s no match for Weiland’s mercurial charisma. But Gutt does his due diligence in capturing the sonic rhythm and flow within STP’s earliest cuts.

The band doesn’t fuss with the songs or try to reimagine the arrangements; it prefers to let perennials such as “Interstate Love Song” and “Plush” speak for themselves. Longtime fans looking to see and hear their favorite deep cuts performed as originally recorded will get their nostalgia buzz. If you take anything away from Gutt’s performance, it’s that the guy earnestly cares about honoring his source material.

Even more impressive, watching the group roll through its beloved standbys this intimately serves as a moving reminder of just how crucial STP still is to its era. The San Diego quartet was originally disregarded by some critics as a third-rate Pearl Jam when it first came out swinging with “Core.” But STP has the last laugh. Time-honored cuts on both the debut and sophomore LPs (“Sex Type Thing,” “Wet My Bed,” “Interstate Love Song,” etc.) still swagger with sticky, pop-perfect melodies. Rock’s aesthetic might look entirely different nearly 30 years after STP first showed up on the scene, but the unsettled emotions “Core” and “Purple” stir up — aggression, fear, anxiety, arousal — are universal.

With 25 years perspective, the band describes how these genre-defining songs first materialized and shares memories of the singer who helped create them. Before launching into the “Purple” track “Silvergun Superman,” the group reiterates how “fulfilling” it was to work with Weiland. Though another singer asked to play the same role can never realistically live up to a deceased rock icon’s legacy, it’s still oddly gratifying to watch Gutt try. 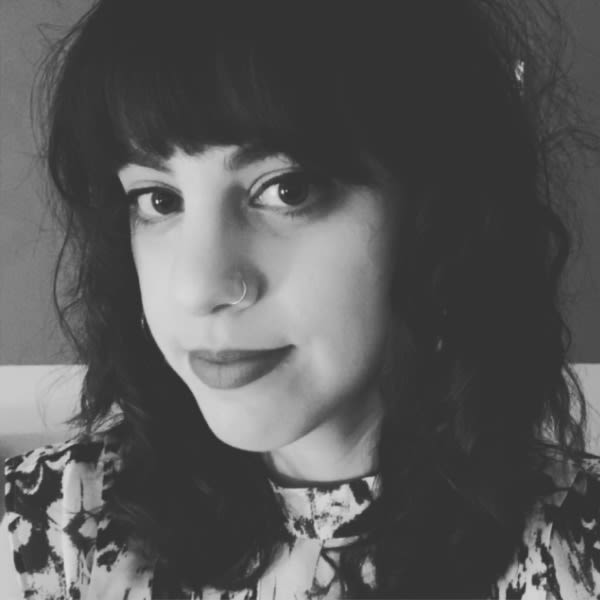 Rachel Brodsky is a Los Angeles-based (but New York at heart) music and pop culture journalist. In addition to The Coda Collection, her work has been featured in Rolling Stone, Spin, UPROXX, Entertainment Weekly, GQ, Stereogum, Guardian, The Independent, Paste, Glamour, MTV.com, Grammy.com and more. Machine Gun Kelly once told her she looked like Daria, which she considers both a funny anecdote and a personal victory.

Groundbreakers innovate and originate. They’re the artists by whom we measure music’s before-and-after evolution. There was reggae before Lee “Scratch” Perry and reggae music after Lee “Scratch” Perry, acid-rock before and after Pink Floyd, guitar playing before and after Jimi Hendrix. They’re among the groundbreakers who build new roads for all who come after to travel.

It’s fascinating to watch great artists evolve over long and prolific careers. But what of the artists who die young? When the greats don’t live long enough to see their 50th birthday, let alone their 40th or 30th, we all feel the loss. Whether it’s John Lennon, John Coltrane, Jeff Buckley or countless other talents who died prematurely, it’s not just their families and friends who mourn the loss, but the world.