The Coda Collection
×
The Brothers

The Coda Collection
×
The Brothers

The story of the Allman Brothers Band is full of musicianship, invention, soul, success, tragedy and redemption. Cofounder Duane Allman cut his teeth as a session guitarist at Fame Studios, appearing on records by iconic artists like Aretha Franklin, Percy Sledge, King Curtis, Wilson Pickett, Otis Rush and Eric Clapton. His brother, singer-guitarist Gregg Allman, originally teamed with his sibling in a nascent group billed as the Allman Joys. Their fortunes changed when they started a new band in 1969.

Formed in Jacksonville, FL, the Allman Brothers Band skyrocketed to fame in the early 1970s following the release of their breakthrough live album, “At Fillmore East.” Decades later, a few of the original lineup’s surviving members joined family and touring musicians to celebrate the group’s 50-year anniversary with a blowout concert at Madison Square Garden in March 2020. 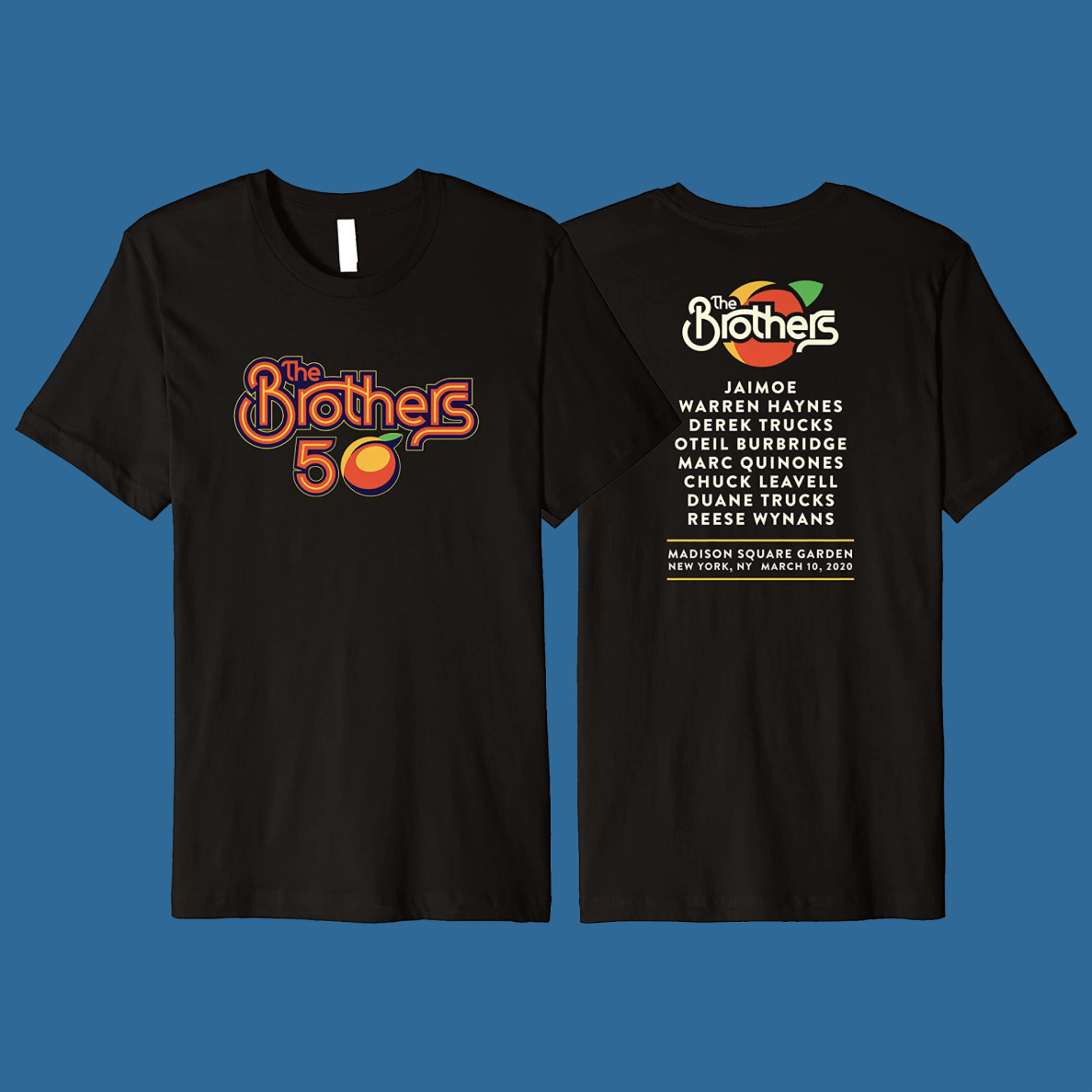 Peaches in the Garden

Combining the Allman Brothers Band’s long-standing “peach” iconography with the 50th anniversary show art perfectly melds elements of past and present. A design that feels like it could have been on a 1972 tour shirt, it wears well on fans old and new.

Every time I’m in Georgia, I eat a peach for peace.

Released in February of 1972 and easily recognizable via its thematic cover art, “Eat a Peach,” was certified gold within two months and peaked at #4 on Billboard’s Top 200 chart. Revered as one of the great American rock records, it is also widely remembered for its connection with tragedy: Duane passed away in a motorcycle accident during its recording. 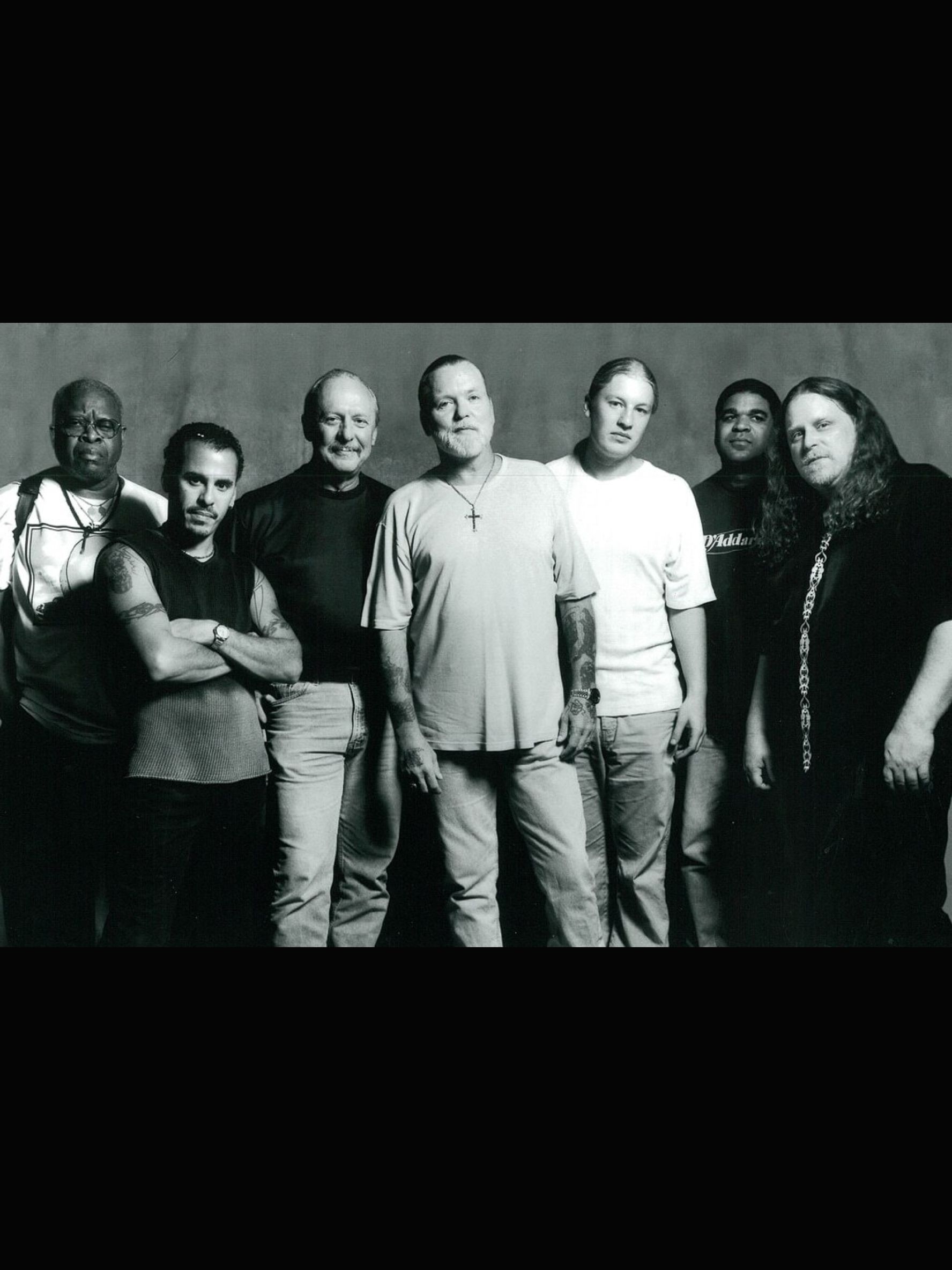 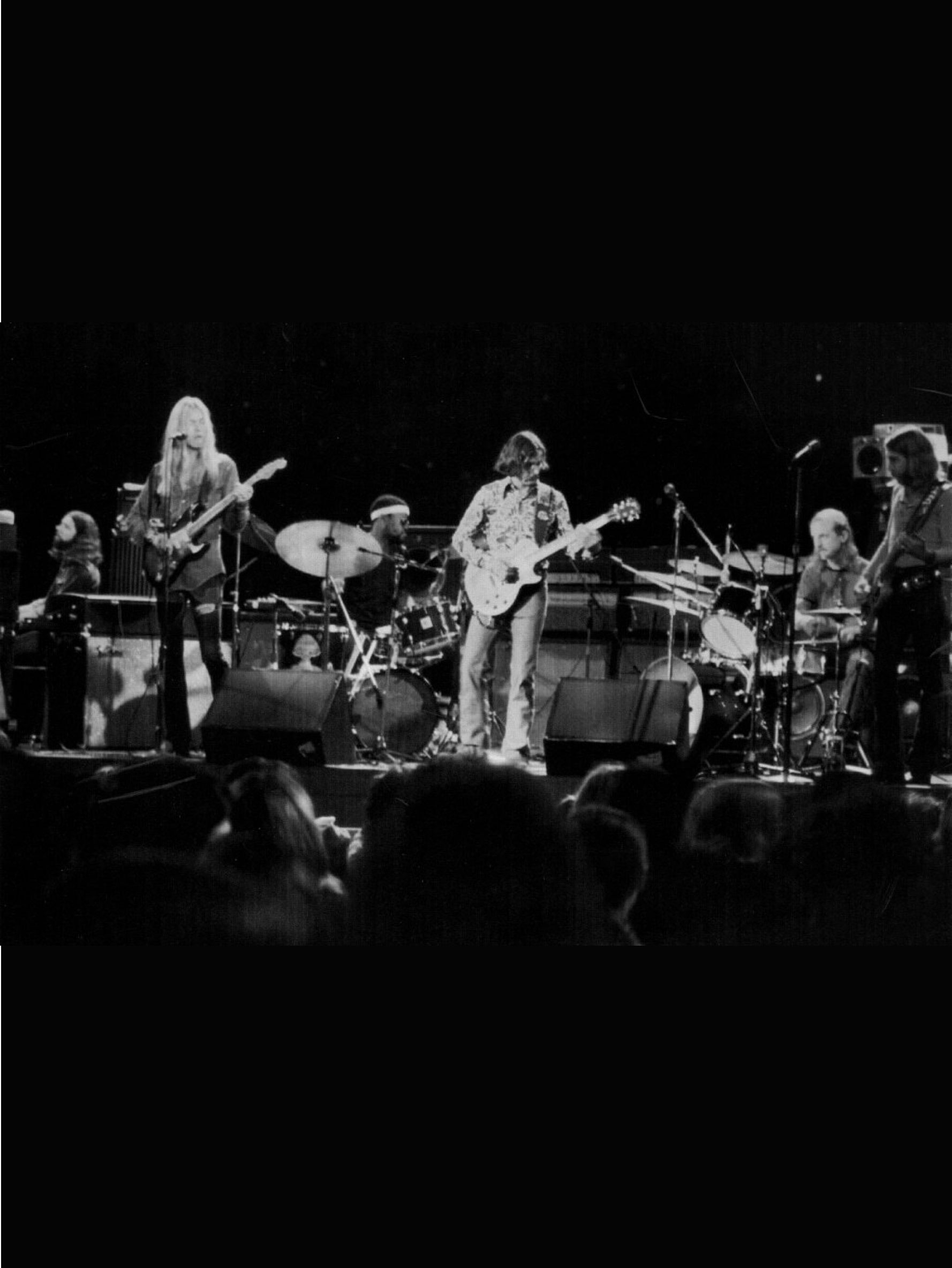 According to original Allman Brothers Band drummer Butch Trucks, the album was initially supposed to be called “The Kind We Grow in Dixie.” Trucks suggested naming the record “Eat a Peach” as a tribute to the band’s late cofounder, quoting Duane’s last interview, conducted shortly before his untimely death in October 1971. In the interview, writer Ellen Mandel asked Duane how he was helping the revolution. He responded, “Every time I’m in Georgia, I eat a peach for peace.”

Trucks believes Duane’s reply was inspired by a T.S. Eliot poem. The poet’s “The Love Song of J. Alfred Prufrock” includes the lines:

Shall I part my hair behind? Do I dare to eat a peach?

I shall wear white flannel trousers, and walk upon the beach.

I have heard the mermaids singing, each to each.

Though urban legend holds that the album was named “Eat a Peach” because Duane crashed into a peach truck, there’s no truth to that myth. But a tragedy that followed Duane’s death is factual and ingrained in history. While the band was still reeling from the loss of Duane, bassist and cofounder Berry Oakley was killed in a motorcycle accident in Macon, GA, in 1972. 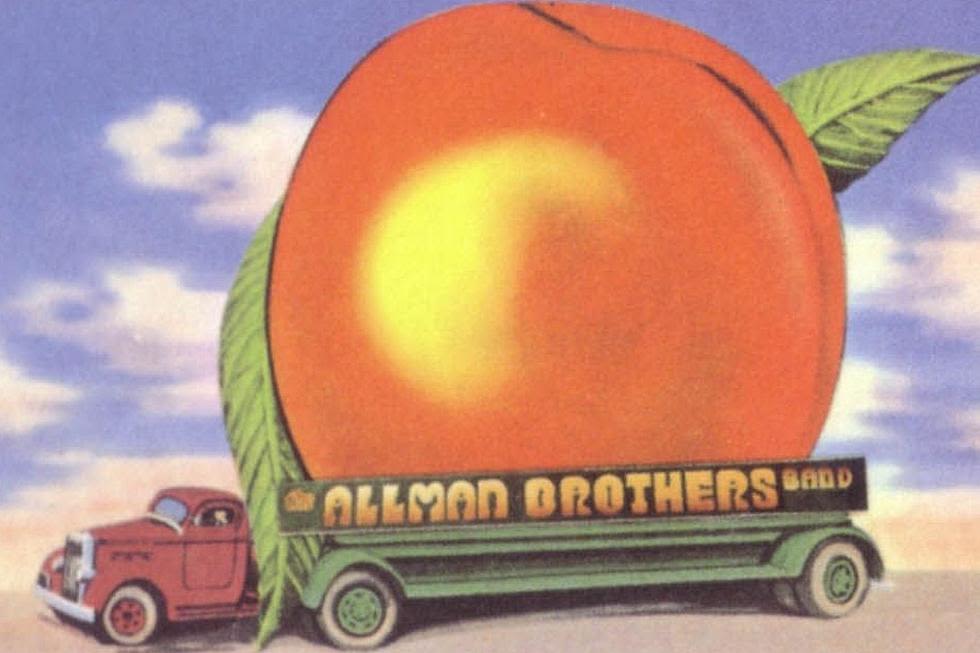 The front cover art for “Eat a Peach” features an Allman Brothers Band truck carrying an enormous peach; the back cover features an equally large watermelon. 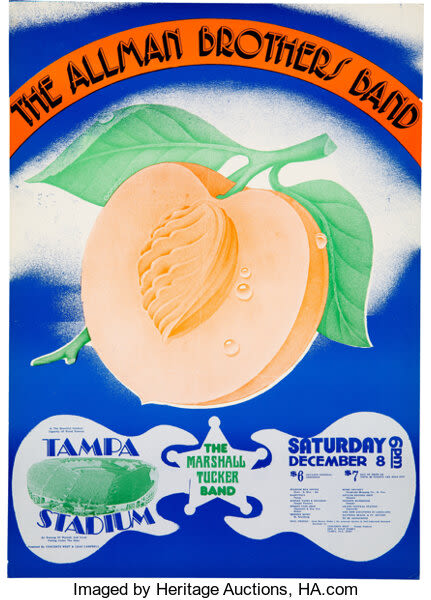 Poster from a 1973 Tampa, FL performance. The peach logo would find its way on show posters and band apparel for many years to come.