It was the late Wade Jessen who first told me that country is a cyclical genre. Jessen worked in Billboard magazine’s Nashville office and was a walking encyclopedia when it came to music. One thing he said that I took to heart: Country styles come and go and, in time, they come around again.

Jessen left this world way too soon, but I’ve now lived long enough to see just how right he was. When I consider today’s Americana scene, I think of a century of recorded music coming, going, changing, absorbing, receding. Then repeating once again in a new skin, for a new time, a new generation.

Progressive country, roots music, alt-country — there are lots of names to describe the styles under the big tent of Americana, a music that lives largely on indie labels and mostly outside the rigid confines of mainstream country radio. Across the decades, from New York and Chicago to Nashville, Austin and Los Angeles, artists have created arresting left-of-center country music. There have been acts embedded in western swing (Asleep at the Wheel, Hot Club of Cowtown) and rockabilly (Big Sandy & His Fly-Rite Boys, JD McPherson). Plenty of artists — the rough and rocking Old Crow Medicine Show and the virtuosic Punch Brothers come to mind — have used their bluegrass and old-time string band foundations to explore more experimental forms. Then there’s the list of revered Texas troubadours: Rosie Flores, Jimmie Dale Gilmore, Joe Ely, Dale Watson, Hayes Carll and countless more.

But all those cowpunk bands, confessional songwriters, fiddle prodigies, roughneck pickers and tasseled divas share one thing: a dedication to writing country songs that, to quote the late great tunesmith Harlan Howard, are built on “three chords and the truth.”

I asked her what seemed a simple question that seldom had an easy answer: What is country music?

In the 1990s I interviewed singer Lorrie Morgan, a whip-smart woman who spoke her mind. The daughter of country star George Morgan, she’d been a back-up singer and duet partner for George Jones before becoming a hitmaker in her own right. I asked her what seemed a simple question that seldom had an easy answer: What is country music?

I still think about her answer. Nowhere does it ring truer than in today’s Americana ranks, where singers continue to write and record songs that cut to the emotional bone and hit us where we live.

The genre’s power couple, Jason Isbell and Amanda Shires, have together and separately used their songs to wrestle with life’s hardest issues, including alcoholism and abortion, with honesty and sensitivity. There is enormous gravity to this confessional art, the kind that can help even the most despairing listener feel less alone.

In Billy Strings’ “Dust in a Baggie,” the narrator’s harrowing tale of methamphetamine addiction and imprisonment unfolds over blistering bluegrass. The song is as jarring and poignant as a Chris Arnade photo-essay on America’s “back row kids,” the down-and-outers adrift in a gutted heartland of hollowed-out towns and shuttered factories.

A number of progressive country folks break rules with their physical looks and personal styles. Tami Neilson is a scorched-earth blues-belter with a big voice and bigger hair. Goth-country thrush Lindi Ortega writes songs as distinctive as her vintage Day of the Dead wardrobe. With his plaintive tenor and arresting songs of love and death, the plus-sized singer Joshua Ray Walker is among the most dazzling of wordsmiths.

These women have pushed against restrictive gender roles. Tough-gal Miranda Lambert became a mainstream star without losing her twangy edge. The tatted and T-shirted Ashley McBryde, looking like an aging riot grrrl, has broken into the mainstream with finely observed songs about adultery and meth addiction.

The country-rock movement of the 1960s and ’70s appealed to a rock audience with such watershed albums as the Byrds’ ‘Sweetheart of the Rodeo’ and Bob Dylan’s ‘Nashville Skyline.’

Much in today’s scene draws inspiration from an earlier time. The country-rock movement of the 1960s and ‘70s appealed to a rock audience with such watershed albums as the Byrds’ “Sweetheart of the Rodeo” and Bob Dylan’s “Nashville Skyline.” Gram Parsons, a shag-haired hipster in a Nudie suit who pursued what he dubbed “Cosmic American Music,” died of a drug overdose in 1973, but his acolyte and duet partner, Emmylou Harris, built an acclaimed solo career and remains a guiding light of the Americana movement.

Alternative country has long borrowed from the original punk movement of the 1970s. In Nashville, Jason & the Scorchers blazed a country-punk trail, while on the West Coast, roots-rockers the Blasters and Los Lobos routinely shared stages with punks.

A number of today’s artists are in the lineage of an earlier slew of influential singer-songwriters, roughly from the mid-‘80s to mid-‘90s, who came from folk, progressive bluegrass and retro country. This group expanded the mainstream format, both as artists on the charts (Dwight Yoakam, Rodney Crowell, the Mavericks) and progressive tastemakers (Steve Earle, Jim Lauderdale, Buddy and Julie Miller). Many were part of a pipeline that flowed between the major labels of Music Row and the hip enclaves of East Nashville, Austin and Los Angeles.

The swirling influences of that time were crystallized in 1993 when Mary Chapin Carpenter landed a country hit with the Lucinda Williams-penned “Passionate Kisses.” Here was a folkie, strong songwriter herself, covering a country-pop number written by a critically acclaimed cult artist. That kind of cross-pollination helped set the stage for future progressive acts.

Fast forward 23 years to 2016, when Carpenter entered the recording studio with Nashville super-producer Dave Cobb, the go-to guy who has helmed releases for a who’s who of top-shelf country-rockers and Americana artists. It seemed fitting that Carpenter joined a list that now includes Isbell, Carlile, the Highwomen, Sturgill Simpson and Shooter Jennings. As with everything country, it had come around again. 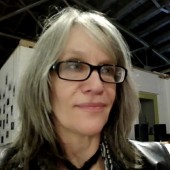 Chrissie Dickinson is an award-winning music and arts journalist whose work has appeared in numerous publications, including the Chicago Tribune, Washington Post, Los Angeles Times, Christian Science Monitor, Performing Songwriter, Country Music Magazine and Off Our Backs. Her essays have appeared in a number of books, including “Ring of Fire: The Johnny Cash Reader” (DaCapo Press). Previously, she was the pop music critic at the St. Louis Post-Dispatch and was on staff at the Country Music Hall of Fame and Museum in Nashville, where she was editor of “The Journal of Country Music.”