In the final 12 months of his life, Jimi Hendrix retooled his band several times, toured extensively and recorded frequently as he tried to unlock the music that would comprise his never-realized fourth studio album. In preparing the follow-up to his classic third studio album, “Electric Ladyland,” released in 1968, Hendrix aimed to reinvent himself yet again, to expand his already widescreen vision. He ran out of time, but left behind a trove of compositions that would reveal the new directions he was pursuing. These would filter out across the decades on countless compilations. Here’s a Hendrix playlist of some key tracks that span September 1969 to September 1970.

This ebb-and-flow track about a mythical Atlantis-like world obsessed Hendrix for years, and he recorded multiple versions with different lineups of musicians.

A 1970 single that marks a rare finished studio track with Hendrix’s Band of Gypsys lineup.

Inspired by the “Easy Rider” movie with its depiction of freedom-seeking outcasts meeting a violent end, Hendrix drew parallels to his own life in his final months.

The call-and-response vocals were another sign of how the brief Band of Gypsys era shifted Hendrix’s sound.

The title was Hendrix’s way of describing his chaotic rock-star life and his growing wariness of the music-industry machinery.

From the same set of concerts featured on the Band of Gypsys’ sole, self-titled album, this track underlines how the guitarist and his new rhythm section weaved funk and R&B accents into their repertoire.

With the short-lived Band of Gypsys (Buddy Miles on drums, Billy Cox on bass), Hendrix took his music in a funkier, more explicitly political direction. His gunfire guitar mirrors the violence described in the lyrics.

The last Hendrix single to crack the pop charts, a year after his death, with its cut-throat guitar and accusatory lyrics describing one of the more tumultuous relationships in the singer’s life.

The majestic intro, the contemplative feel – Hendrix was on to something new as this two-years-in-the-making track took shape in his final days.

In the tradition of great gospel and blues songs that use trains as a symbol of salvation, Hendrix digs deep into the music of the African-American diaspora, a cloud-piercing plea that rockets Muddy Waters into space.

The singer has never sounded more intimate, as he imagines himself in the womb, uncertain if the world is ready for him, or he for it. 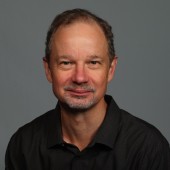