Jason Isbell & the 400 Unit perform in October 2019 at the iconic Ryman Auditorium in Nashville, Tennessee.

Near the close of the career-spanning set Jason Isbell delivered at a sold-out Ryman Auditorium on October 18, 2019, the musician, supported by his agile, five-piece backing band the 400 Unit, knuckles into “Super 8,” a tragi-comic rock tune fueled by some of the group’s most lubricated riffs. The tumultuous accompaniment mirrors the hell-raising account given by Isbell’s narrator, who barely escapes death at a low-rent motel following a night of hard partying and attendant chaos, awakening the next morning on the floor next to a still-made bed, dry blood caked in his left ear.

For years, the song served as a lived reality for Isbell, 41, who came to fame when he joined the Drive-By Truckers in 2001, serving as the progressive Southern rock band’s third songwriter and guitarist for six combustible years and three near-perfect albums: “Decoration Day” (2003), “The Dirty South” (2004) and “A Blessing and a Curse” (2006).

Isbell, who grew up in the small town of Green Hill, Alabama, recalled those wild earlier days when I interviewed him in 2013, saying it wasn’t uncommon for him to come to after a night of heavy drinking only to find himself in a motel room filled with strangers and fearing for his life. “That happened in a lot of shitty hotels on a lot of different nights for me,” he said.

This more volatile version of Isbell appeared far removed from the composed man who expertly held court at Nashville’s country music temple for more than two hours in 2019. Fittingly, a number of the roots-rock songs performed explore this gulf, particularly “Live Oak,” which Isbell wrote not long after becoming sober in 2012, struck by an overwhelming fear that he might lose parts of himself in the process of getting clean to which others might have been attracted.

When he stepped onstage that night at the Ryman, Isbell did so with the confidence of a man who had it all.

Fortunately, Isbell’s early fears have been entirely unfounded. When he stepped onstage that night at the Ryman, the third consecutive year he’d conducted a residency at the famed venue, Isbell did so with the confidence of a man who had it all: a loving family, the overwhelming respect of his musical brethren and a thriving solo career.

Isbell has traced his upturn to meeting Amanda Shires, an accomplished songwriter and violinist who also moonlights as a member of the 400 Unit. The two married in 2013, welcoming a daughter, Mercy Rose, in 2015. In the years since, Isbell’s reputation as a songwriter and musician has continued to rise alongside contemporaries like Tyler Childers and Sturgill Simpson, similarly minded artists who have embraced the spirit if not the sound of country music’s outlaw roots, which often feel at odds with its more mainstream present. Witness the kerfuffle that emerged late last year when Isbell and Shires canceled their Country Music Association memberships after the organization failed to honor late singer-songwriter John Prine, who died of coronavirus-related complications in April 2020, during its televised awards ceremony in November.

Though Isbell’s stance might have deepened his division with CMA, he’s far from a musical outsider, having earned critical praise and a quartet of Grammys for solo ventures “Something More Than Free” (2015) and “The Nashville Sound” (2017), each of which debuted atop the Billboard rock and country charts, a feat equaled by his 2020 album “Reunions.” With the Drive-By Truckers and on early solo albums, Isbell rightly earned a reputation as a skilled songwriter capable of exacting detail, painting stirringly personal portraits of pleasure (the gorgeously placid love song “Stockholm”) and pain (“Goddamn Lonely Love,” written during the musician’s DBT years, and which lives up to the pervasive hurt in its title when performed at the Ryman).

Particularly on early albums, Isbell’s songs center on an idea explored in “Flying over Water,” which falls near the middle of his Ryman set and opens with the musician singing, “From the sky we look so organized and brave.” But as one zooms in, the song suggests, the more easily visible our cracks. Beginning with “Something More Than Free” and especially “The Nashville Sound,” Isbell started to adopt a new, worldlier perspective as a songwriter, one shaped by a combination of fatherhood, the natural sense of perspective one gains with time and the 2016 election of Donald Trump, which further exposed the country’s racist underbelly — a subject long explored by Isbell’s former DBT cohorts, and in particular, Patterson Hood.

As the camera lifts skyward on these songs, humankind no longer appears so composed, coming off as scattered, fractured and broken as individuals can when given to closer inspection. At the Ryman, these tunes, including “White Man’s World,” a ferocious condemnation of inequality, misogyny and white privilege, hit even harder than on record, their messages further amplified by being delivered on this particular stage, in front of this particular audience, by this particular performer and at this particular point in history.

The real beauty in Isbell’s music is that he never folds when confronted with this wreckage, carrying on to find comfort in a lover’s embrace, lifting a fist in righteous anger and engaging in an undeterred quest for self-improvement. On a swaggering “24 Frames,” for one, Isbell sings of a continued desire to make himself worthy of another’s love, which was given when he had nothing, and which he still feels a need to earn. It’s similar to how the musician has approached his career, pushing past the failures, setting aside the successes and focusing on the songs with the same careful attention he exhibited long before he could comfortably call the Ryman home. 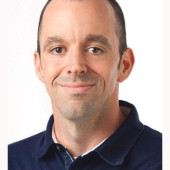 Andy Downing is the editor of Columbus Alive in Columbus, Ohio, and has contributed to the Chicago Tribune, Rolling Stone and Spin, among other publications. He’s also a diehard Boston Celtics fan and is elated the Cleveland Indians finally made the long-overdue decision to change the team name.