The typical touring indie rock band has one more member than you think it does: the van. It’s just as essential and omnipresent — and can be as temperamental — as anyone in the group, which is one reason why it often gets a nickname, like a ship. It’s why the tour van is a major character in my book about the American indie rock community in the ‘80s, “Our Band Could Be Your Life” — virtually every chapter includes an episode with the huffing, puffing metal boxes that transport grassroots rockers and their clunky black boxes full of gear down our nation’s highways and byways.

The van embodies the foundational ethos of indie rock: Do it yourself. Can’t get a booking agent? Book your own tour. Can’t afford hotel rooms? Find a floor to sleep on from a fan or friend. Likewise, if you can’t afford a tour bus, scrape together enough money to buy a used Econoline and drive yourself around the country. Learn how to maintain it so you avoid costly repairs; build a loft in the back so you can hide your equipment and have a place to sleep. You “jam econo,” as former Minutemen bassist Mike Watt famously put it, because you have no other choice.

It’s easy to forget that touring bands spend most of their waking hours cooped up in the van — there’s no wormhole, for instance, between San Francisco and Portland; you have to drive for 10 hours, not counting rest stops. The interstates are monotonous, the gas stations are identical, the food is generic at best.

Though what’s outside the van is usually dull, the inside of a van is a crucible: a claustrophobic superheated container where strong new bonds can be forged — or the contents totally incinerated. There, the slightest personal idiosyncrasies that usually go unnoticed become grotesquely magnified to the point of provoking white-hot fury. Poor personal hygiene and flatulence are the classics there — it’s not for nothing that Sonic Youth bassist Kim Gordon’s 1988 tour memoir for the Village Voice was titled “Boys Are Smelly.” The Replacements had a “tradition” of never cleaning out the van while they were on tour.

But things can get weird in the van. In “Our Band Could Be Your Life,” Dinosaur Jr. leader J Mascis recalled riding in the van and becoming unnerved by bandmate Lou Barlow sucking on the eyeball of a Cookie Monster doll. “Something about that disturbed me to my core,” he told me. “I couldn’t handle it. I think I had to throw the thing out. It was weird.”

“The guy chewed like a cow,” Barlow retorted, the wounds still stinging more than a decade later. “Loudly.” Mascis fired Barlow not long after that tour. (They’ve long since done a lot of growing up and reconciled, and Dinosaur Jr. has made five excellent post-reunion albums.)

Van rage is an occupational hazard of touring. In 1983, Black Flag toured Europe in a van it shared with SST Records labelmates the Minutemen. They didn’t get very far down the road before Black Flag singer Henry Rollins wrote in his tour diary, later published as “Get in the Van,” “Mike Watt never stops talking...I think I’m going to punch Mike Watt’s lights out before this is all over.”

Thankfully, Watt’s lights remained unpunched, though the same could not be said for Minutemen tours, when Watt would argue passionately with his bandmate and close friend D. Boon as they rolled down the road. “You know how we handled it?” Watt told me. “We’d fight. We’d roll around and wrestle. We’d pull that van over in the middle of the road.”

Just when everybody was starting to become miserable, singer-guitarist Guy Picciotto threw a Queen mixtape into the deck.

But the van can also bring a band closer together. Fugazi’s first tour, in January ‘88, began with an epic 12-hour, dead-of-winter drive from the band’s native Washington, D.C., to Michigan. Just when everybody was starting to become miserable, singer-guitarist Guy Picciotto threw a Queen mixtape into the deck. “We were rocking out to the Queen tape,” the band’s other singer-guitarist Ian MacKaye told me. “And that’s when I knew we were a band.”

Another classic of indie rock touring is the dilapidated van. Black Flag leader Greg Ginn explained to me why the band’s van was nicknamed “the Prayer”: “If we got a flat tire, we would get an old tire that was discarded in the back of a gas station that they’d given up on and put that on.” Then there was the jalopy that Sub Pop Records, then a struggling Seattle label, bought for its flagship band, Mudhoney: “You’d shift and the linkage would drop out,” said the band’s tour manager Bob Whittaker. “You’d have to send somebody running down the freeway to get parts of it.” And someone had pulled out the heating ducts, so air blew straight into the van; in the winter the two people sitting in front had to get into sleeping bags; exhaust streamed into the back and so, as guitarist Steve Turner told me, whoever was in the rear seats “would get very sleepy.”

Sometimes, though, the van breaks down and there’s just nothing you can do about it. Butthole Surfers guitarist Paul Leary told me about the time when their van broke down somewhere in Georgia. They quickly pulled into a parking lot as the engine started smoking and then burst into flames. Leary and singer Gibby Haynes quickly bailed out, carrying their beloved dog Mark Farner of Grand Funk Railroad, and watched the van burn.

At any given moment — in normal times, anyway — hundreds, maybe thousands of internal combustion engines are propelling bands down the interstates, each of them a self-contained vessel of intense little stories of solidarity, drama and very possibly mechanical difficulties. Perhaps we should all take a moment to appreciate the determination and sacrifice involved. Being in a band, Watt told Rolling Stone in 1997, “You’re like Peter Pan. You’re suspending part of the process of becoming a human being, which is finding a mate and raising a family. Instead, you’re travelin’ around, singin’ little songs. I’m not saying it’s illegitimate — it’s noble. Somebody’s got to do it.” 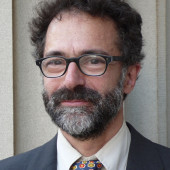 Michael Azerrad is the author of “Our Band Could Be Your Life: Scenes from the American Indie Underground 1981-1991” and “Come as You Are: The Story of Nirvana.” A former contributing editor for Rolling Stone, he has also written for The New Yorker, Wall Street Journal, Billboard, MTV News, The New York Times and many other publications. The founding editor of eMusic, he edited Bob Mould’s autobiography “See a Little Light: A Trail of Rage and Melody.” He’s currently a freelance book editor and has nearly completed “The Annotated Come as You Are,” an extensively illuminated version of his Nirvana biography.

Bands in Vans: Does the Road Really Go on Forever?

Bands in Vans: Does the Road Really Go on Forever?