An encounter in graduate school leads Dennis McNally to write a biography on Jack Kerouac and, soon after, the start of a career with the Grateful Dead.

The ‘New Guy’ Emerges from the Shadows

Editor’s note: Dennis McNally is a longtime Grateful Dead insider who has served as both the band’s publicist and biographer. We asked Dennis to give us an eyewitness account of the 1989 tour that we’re featuring on the Coda Collection. Here’s what he saw and heard from his prime perch behind the scenes.

By 1989, the only way for the Grateful Dead to get to Sullivan Stadium in Foxboro, MA, which was deservedly notorious for its massive traffic jams, was by helicopter. From the sky it seemed as though there were Deadheads packed tight for miles in every direction. It was borderline spooky, part and parcel of the post-“In the Dark” GD, where we counted any show that wasn’t a disaster as a victory. And the astonishing reach of the crowd, as far as the eye could see, was even more impressive considering that this flight was quite early, so that Jerry Garcia and Bob Weir could film something with the opening act, our friends Los Lobos.

We all know that the Dead, Jerry in particular, strenuously avoided linking the band’s name with politics. (The Rainforest Benefit the year before, Jerry had argued, was about “survival.”) But a subtle statement was still permissible. The show was on July 2, and two weeks before, the Supreme Court had ruled that flag burning was protected speech. As July 4 approached, then-president George H.W. Bush loudly objected to the court’s decision. Los Lobos thought that a good song might suggest a more inclusive America. Jerry and Bobby were pleased to play with the Wolves, and ABC News wanted to cover it. The musicians lined up backstage in front of the Lobos’ tour bus and broke out Woody Guthrie’s American anthem, “This Land Is Your Land.” You can see it at https://www.youtube.com/watch?v=SQ07hNMhBhk, and yes, YouTube has the right date, but wrong place.

For almost everybody who followed the GD from the end of the ‘80s into the ‘90s, it’s hard to look at any show from 1989 and not think of how we were going to lose keyboardist Brent Mydland the next summer. I was at his first show in 1979, and I remember that people made snide comments about how his voice resembled the Doobie Brothers’ Michael McDonald. Well, it did, at that point. Rolling Stone thought he was the best thing on the 1980 Dead album “Go to Heaven” with “Far From Me” and “Easy to Love You,” an opinion, as far as I could tell, not shared by most Deadheads. The early consensus was that his voice was too sweet and his songs were too pop, though a simple “I hate change and he’s the new f’ing guy” probably had a lot to do with it.

Down deep, Brent seemed to feel a profound lack of self-esteem, which he chose to handle by self-medicating, mostly with alcohol.

The years laid some gritty road dust on his vocal cords and by the end of the decade, he was a rock-solid full-share band member. The reason he had four songs on the 1989 studio album “Built to Last” was simple; they were excellent songs. He and cowriter John Barlow had extended their reach far past pop love songs. And you see that on July 2, a first-rate show in which at least two of the highlights came from Brent. Not that the members of the GD weren’t welcoming, but it’s incredibly difficult to join a legendary band that’s been going for almost 15 years. And Brent had a handicap, a demon he shared with the other keyboard players to that point and even after, excepting Tom Constanten, who walked away on his own, and Bruce Hornsby, who could have fully joined the band but chose to keep his own identity. Down deep, Brent seemed to feel a profound lack of self-esteem, which he chose to handle by self-medicating, mostly with alcohol.

Ten years in, he was still the new guy. I never felt a personal connection with Brent, very likely a result of my own feeble efforts, though I did try a number of times. I recall Brent buying a Rolex watch, maybe after the big checks that came with “In the Dark.” Jerry bought a new BMW at that time, and bassist Phil Lesh had owned a Lotus, so it wasn’t as though the band members were above having expensive toys. But I remember thinking that Brent’s purchase held different meaning, a trophy he’d awarded himself as a kid from the ‘burbs who’d made it.

I had the same thought of displacement when Phil rehearsed a new song, “Revolutionary Hamstrung Blues,” and Brent didn’t know what the old slang word “poontang” meant (the “jelly” of “Dupree’s Diamond Blues”), that life out in Contra Costa County had shorted his education. And he did have his troubles with alcohol and relationships, not that he was alone in that, once simply going out alone after the drum break and breaking down in tears until Jerry came out, smiled sweetly at him and rescued him by beginning to play until he recovered.

But as the years went by, Brent got better and better, and earned his own song in almost every first set. On July 2 it was “We Can Run,” a superb environmental rant that still reaches deep. “I remembered the days when I wasn’t afraid of the sunshine/But now it beats down on the asphalt land/Like a hammering blow from God’s left hand/What little still grows cringes in the shade till the night time.”

Anyone who lives in the Western United States is living this 30-year-old song at this very moment (in 2021). It’s shockingly, painfully prescient, and Brent delivers it with power and grace. Jerry opens the second set with a rather unusual-for-the-slot “Friend of the Devil.” It’s very nicely done, and Brent just about steals it with an exquisite MIDI violin solo, just what the song called for. His and perhaps the entire show’s highpoint comes with his bravura cover of Traffic’s classic “Dear Mr. Fantasy.”

On another night, I happened to overhear Brent tell Phil, standing at the side of the stage, that he’d love to do the song that night, and watched as Phil lit up in an enthusiastic grin, telling him to go for it, “And I’ll be there, man.” It’s a great song. It’s a bit heartbreaking but mostly delightful to watch Jerry beaming at Brent as they charge into the second verse, goosed by Mickey Hart’s heroic marching-band fills. And then “Hey Jude,” all of the singers (even Phil) massing in big harmony as Jerry rips up the lead and Brent sings as though his life depended on it, “You are the one, you are the one.”

Brent was the one that steaming night on the outskirts of Boston, and we were all very fortunate. Now you can see it. 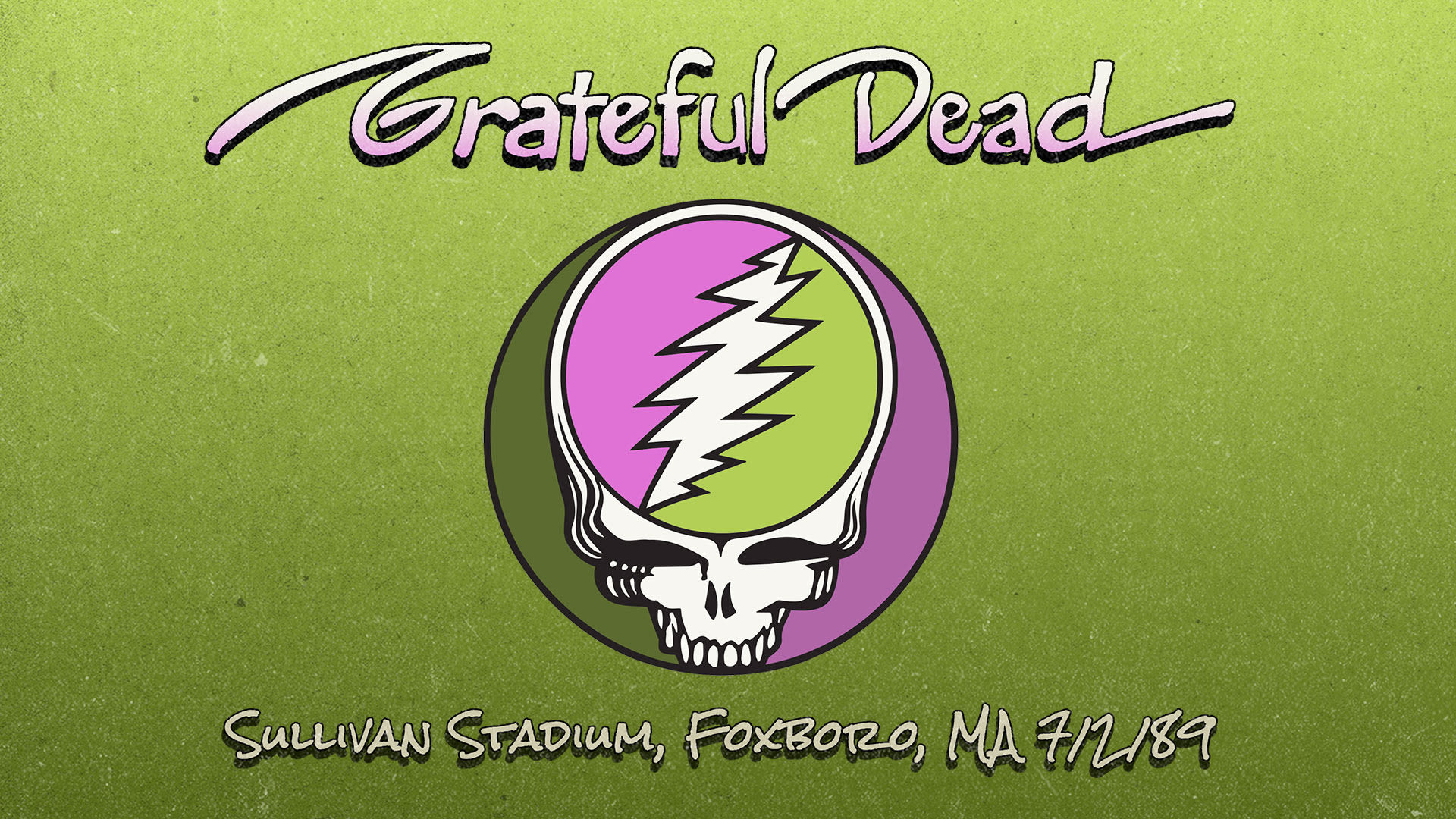 In the midst of a creative resurgence, the Grateful Dead kicks off its 1989 summer tour with an outstanding show filled with dynamic renditions of favorites, deep cuts and covers. This professionally shot film captures the complete performance and provides invaluable insight into the band's onstage communication.

After reading Dennis McNally’s biography of Jack Kerouac, “Desolate Angel: Jack Kerouac, the Beat Generation, and America,” Jerry Garcia invited McNally to become the Grateful Dead’s historian. In 2002 he published his long-awaited chronicle of the band, “A Long Strange Trip/The Inside History of the Grateful Dead,” which later appeared on the New York Times best-seller list. In the interval he’d become the band’s publicist, working on its behalf at the United Nations, the White House and Congress. His third book, “On Highway 61/Music, Race, and the Evolution of Cultural Freedom” (2014), told the story of what white people learned from African American music. It won ASCAP’s Deems Taylor/Virgil Thomson award. He later published an edited version of his interviews with Garcia, “Jerry on Jerry.” His current book-in-progress is “The Last Great Dream/How the 1960s Counterculture Came to Be.”

Four disparate personalities reimagine rock in The Who

Goth-rock pioneers the Cure endure on their own terms

Bob Dylan transforms at Newport in 1965

Down on the Farm

A rural recording studio becomes a hub for iconic music

The Stooges reunite decades after their pioneering start

The Grateful Dead surges in the late ‘80s